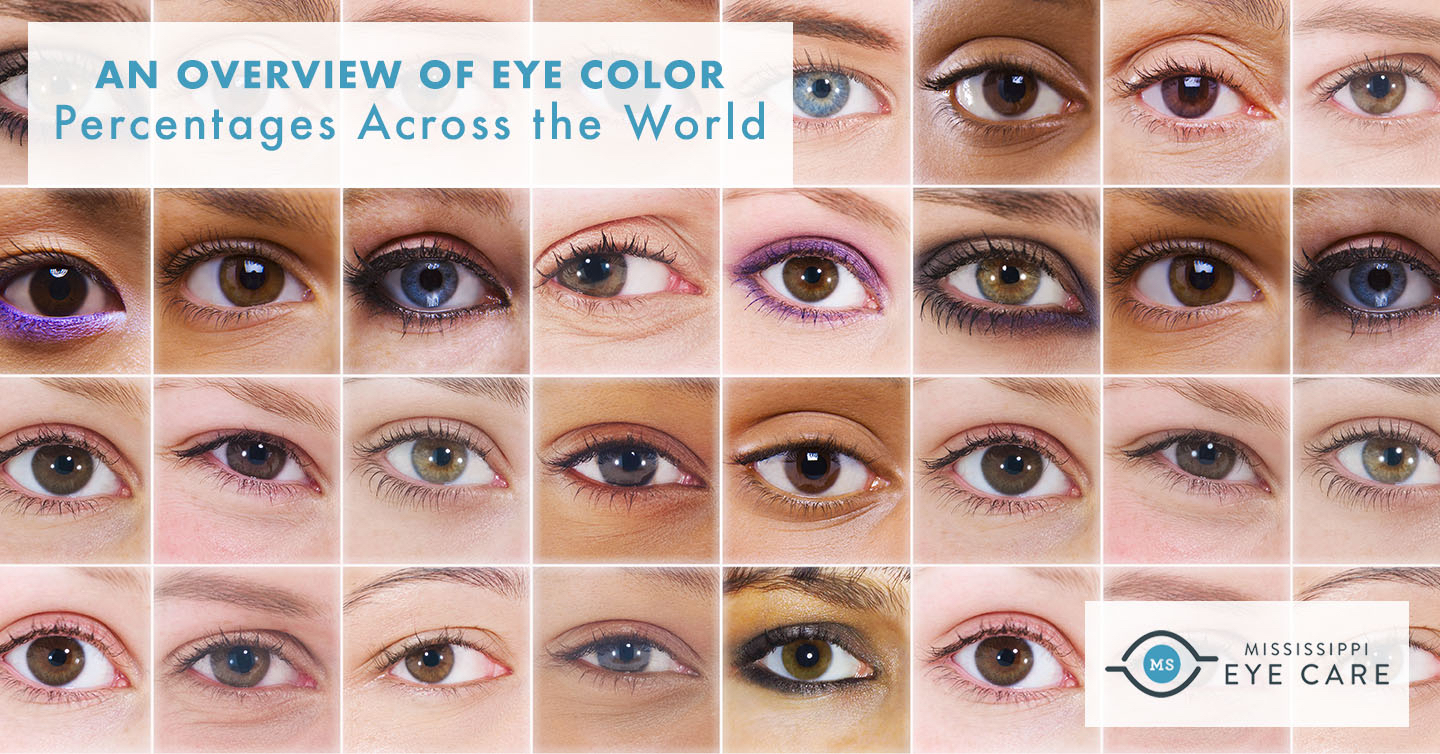 While no two people have the exact same color, shape or size eyes, an overview of eye color percentages across the world does offer some eye-opening insights into worldwide trends.

It probably comes as no surprise that the most common eye color around the world is brown. A whopping 55 to 79 percent of the worldwide population has brown eyes!

In fact, about 10,000 years ago, researchers believe we all had brown eyes. Although, there are several shades of brown ranging from dark chocolate to light brown.

Interestingly enough, dark brown eyes are most common in Southeast Asia, East Asia and Africa. Light brown shades are most often seen in West Asia, Europe and the Americas.

The second most common eye color on Earth is blue. However, only 8 to 10 percent of individuals actually have blue eyes.

Another cool fact? All blue eyes have been traced back to one common ancient ancestor!

When it comes to eye color, the rarest is green. Only 2 percent of the population has emerald eyes. But depending on where you are that may seem incorrect.

For instance, the majority of people living in Ireland and Scotland have either green or blue eyes. Outside of this region, green-eyed people tend to live in Northern Europe.

Here’s where an overview of eye color percentages across the world gets a little more intriguing. Unusual colors such as hazel, amber and gray technically have a higher percentage than green.

Hazel and amber eyes can both be found in about 5 percent of the worldwide population. Hazel eyes are generally light or yellowish-brown with flecks of gold, green and brown in the center.

On the other hand, amber eyes are more golden or coppery without the specks of gold, green and brown.

Gray eyes account for less than 1 percent of people and are considered very rare.

Finally, another rare, but possible, eye color trait is known as heterochromia. This is when all or part of one iris is a different color than the other.

After an overview of eye color percentages across the world, are you asking yourself what causes eye color? Check out our blog explaining the reasons for different colors! For more on vision health and news, be sure to peruse our other blogs too!

Clearing Up How Cataracts Affect Your Vision

7 FAQs for Getting Your Eyes Dilated

Let our eye doctors help keep your vision at its best!