Skip to content
Quick Links: Insurance & Forms · Find a Location · Mississippi Eyewear Starkville
Our doctors have more than 150 years of combined experience in the optometry field. Learn more about our trusted team of doctors that make up Mississippi Eye Care!

A native of Philadelphia, Mississippi Dr. Stribling is a 1983 graduate of the University of Alabama/Birmingham School of Optometry. He has been in private practice in Philadelphia, MS since 1983. He has been a partner in Louisville Eye Care with Dr. Gil Davis since 1999.

A native of Louisville, Mississippi, Dr. Gil Davis is a 1986 graduate of The University of Alabama School of Optometry. He began his profession in Thomaston, GA before returning to Mississippi to purchase the Newton Eye Clinic from Dr. Horace May in 1989.

After 10 years of private practice Dr. Davis partnered with Dr. Kent Stribling and purchased Louisville Eye Care. That partnership has since grown to 8 locations and 11 optometrists in East Central MS.

Dr. Davis is active in professional service to optometry. He served the Mississippi Optometric Association as legislative chairman and moved through the executive committee chairs to President of MOA. Following MOA service Dr. Davis was appointed to MS State Board of Optometry by Governor Hailey Barbour and served 3 terms. Currently Dr. Davis serves on Board of Trustees for Southeastern Congress of Optometry.

One of the things Dr. Davis enjoys most about optometry is the close personal connection to patients and community. Therefore, he has served the community as President of Chamber of Commerce and Rotary Club where he is a Paul Harris Fellow. Dr. Davis also served 15 years on Newton Reginal Hospital Board as Trustee and President.

Dr. Davis and his wife Jerri Anne split their home time between Newton and her home town of Water Valley, MS. They enjoy restoration of older homes there where they have a B&B and event venue in an 1870 Greek Revival Home. They also enjoy time with their 3 daughters, 2 grandsons and, 1 son Dr. Justin Zampella who practices optometry in Bruce and Grenada.

As a student of UABSO, he was a member of Beta Sigma Kappa Honor Society, American Optometric Association, Fellowship of Christian Optometrist and Student Volunteers in Optometric Service to Humanity. Upon graduation, Dr. Ivey received the VSP Excellence in Primary Care Award, Gas Permeable Contact Lens Award, University of Alabama at Birmingham Deans Award and the BSK Honors Award for highest GPA. He and his wife, Audrey, currently reside in the Clarkdale community. Dr. Ivey enjoys fishing, hunting and landscaping in his spare time. He and Audrey have two children, Paisley and Asher.

Dr. Fleming is originally from Tupelo, MS. She received her Bachelor of Arts in biological science and mathematics from the University of Mississippi, and her Doctor of Optometry from the Southern College of Optometry in Memphis in 2008.

As a student she was a member of Beta Sigma Kappa Honor Society, American Optometric Association, Fellowship of Christian Optometrists and the Mississippi Optometric Student Association. Upon graduation, Dr. Nail received the UPS achievement scholarship, student clinical excellence award, the Ocular Science award for excellence in Ocular Disease, and the Bay Family Service Award. She currently resides in Philadelphia and is a member of First Baptist Church of Philadelphia. Dr. Fleming enjoys running and spending time with her family. 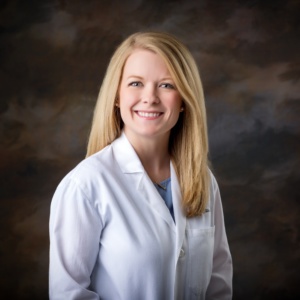 Dr. Audrey Thompson Otto earned her Doctorate of Optometry from the University of Alabama at Birmingham School of Optometry where she was a member of Beta Sigma Kappa Honor Society, Fellowship of Christian Optometrists and SVOSH. She completed an additional year of training in Family Practice Optometry at UAB. Dr. Otto is a native of Meridian, MS.

She completed her undergraduate studies in biological sciences at Meridian Community College and Mississippi College. Dr. Otto has been married to her husband Dr. David Otto since 2013. She enjoys spending free time with her husband and their son Henry. Her family is active at Poplar Springs United Methodist Church. Dr. Otto sees patients of all ages and is excited to meet all of your medical and visual eye care needs!

Dr. David Otto earned his Doctorate of Optometry from the University of Alabama at Birmingham School of Optometry where he was a member of Beta Sigma Kappa Honor Society, Gold Key, Fellowship of Christian Optometrists, SVOSH and was the vice-president of his class. Dr. Otto is a native of Atlanta, GA where his parents still reside.

He completed his Bachelor of Science in Biology at the University of Georgia and still enjoys cheering on the bulldogs during football season. He is an Eagle Scout in the Boy Scouts of America. In his free time Dr. Otto enjoys family time and outdoor pursuits. 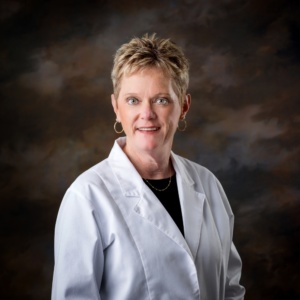 Dr. Crigler has served as chairperson of the State Legislative Committee, state chairperson of Vision USA Program, and chair of Optometry for Progress. Having served on the executive committee of the Mississippi Optometric Association for five years, she was elected president of the Mississippi Optometric Association in 2006-2007 and re-elected as President for 2018-2019.

Dr. Crigler has served as the Mississippi trustee for the Southern Council of Optometrists and currently serves on the Board of Directors for the Greater Starkville Development Partnership. She is a member of the Delta Gamma Alumnae and First United Methodist Church where she has served as a member of the Administrative Board, the Staff/Parrish committee, and the Finance committee.

She and her husband, Sid, have two children, Carley, an architect in Jackson, and Coleman, a funeral director in Hattiesburg. They are also thrilled to have 2 wonderful grandchildren Merritt and Sam. Dr. Crigler enjoys following Mississippi State University Athletics where she serves as a vision consultant.

Originally from Jackson, TN, Dr. Fratesi joined Crigler Family Vision Center in June of 2003. Dr. Fratesi received her Bachelor of Science degree in microbiology from Mississippi State University in 1999. While attending MSU, Dr. Fratesi was a member of the Delta Gamma fraternity serving as Director of Sponsorship, and she also received the Northeast Mississippi Daily Journal Research Award in 1999.

Following graduation she pursued her Doctor of Optometry degree at Southern College of Optometry in Memphis, TN. As a student at SCO, she served as Treasurer for the class of 2003 for four years, and was also a member of the Student Government Association. She was selected from a group of candidates nationwide to receive the Minnie F. Turner Low Vision Research Award in 2002.

Upon graduation, she was nominated by SCO faculty to be included in the 2002-2003 Who’s Who Among American College Students. Her memberships include American Optometric Association, Mississippi Optometric Association serving as InfantSee Committe Co-Chair, and the Northeast Optometric Society. Currently Dr. Fratesi serves as the Communications Advisor for the Delta Gamma chapter at MSU, and is active in the Rotary Club of Starkville.

In 2012 she was awarded Greek Advisor of the Year for MSU. An avid Mississippi State fan, Dr. Fratesi also serves as a vision consultant for Mississippi State University Athletics. She and her husband, Joe, are members of St. Joseph’s Catholic Church and are proud parents to 3 wonderful children: Nate, Caleb, and Leah.

After earning his CPA license and working in public accounting, Dr. Herring decided a career change was needed. Dr. Herring pursued his Doctor of Optometry degree at Southern College of Optometry in Memphis, TN. As a student at SCO, he served as a Student Ambassador, National AOSA Advocacy Liaison, Student Government Association Treasurer and President of the Mississippi Optometric Student Association.

Dr. Herring and his wife Danley, a Registered Nurse, are members of First Baptist Church and are actively involved in the Starkville Community.

Dr. Stribling is a member of First United Methodist Church in Philadelphia, MS. He enjoys the outdoors, golfing, and following his favorite sports teams. 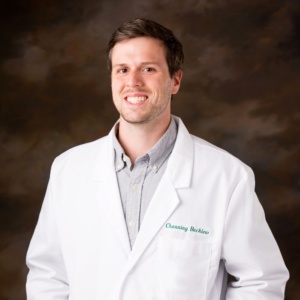 He and his wife, Hanna, are current residents of Louisville. Dr Bucklew enjoys sports, fishing, and other outdoor activities.